Cirque Le Roux is on stage but also works in the shadow for some projects!

A show by Alexandra Streliski

The word “inscape” refers to the singularity of each human being, but it also means “interior landscapes” or “to escape internally”. The staging of INSCAPE takes the audience on a poetic and visual journey, symbolizing the period of life Alexandra Stréliski went through during the years the album was conceived. “Those years were filled with upheavals, existential crises and passages through various ′′inner states′′ within me,” explains the pianist, “I wanted to bring the audience into my bubble and replay with them the different chapters of that period.
Several visual aspects from the album were integrated into the set design: illustrations by Elisabeth Gravel, graphic design by Catherine Pelletier and some archival images taken from the video of “Plus tôt” directed by Edith Jorisch. The audience will be immersed in the world of these artists who drew their inspiration from Alexandra Stréliski’s music and the meaning of the word “inscape” in their own lives. Gregory Arsenal and Philip Rosenberg, from Cirque Le Roux, have staged these various elements by working on contrasts, light and movement to create an atmosphere that is both intimate and grandiose, calling for an inner journey. The show is constructed like a moving film, with a common thread that recalls the different stages of a life upheaval. The stage is conceived as a reflective space where the boundaries with the audience are blurred.

In summary, the INSCAPE show experience is meant to be intimate, poetic and visual but is also inked in a search for meaning for the artist. “It is also my wish to share certain states of vulnerability through which I have passed in order to awaken the fragility that we share as human beings and thus, to perhaps feel less alone” concludes Alexandra.
ALEXANDRA STRELISKI'S WORK 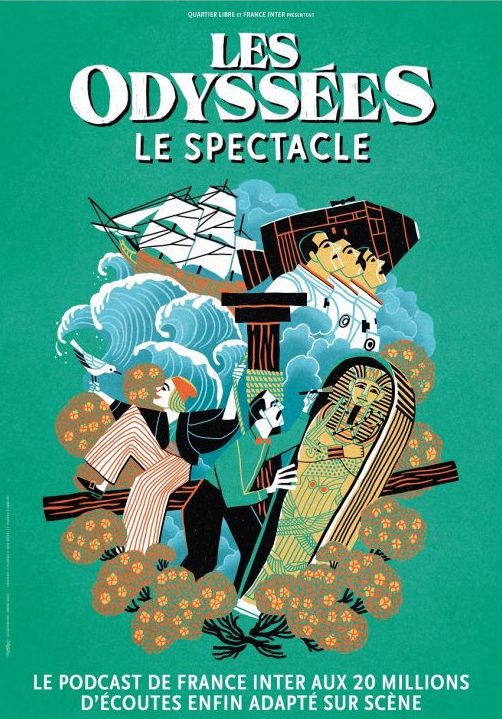 From the podcast of Laure Grandbesançon

We wanted the actors and the audience to evolve in a mysterious and playful universe. The Odysseys office is a place where anything can happen, the possibilities are endless, a window can hide the arrival of a boat, a lush forest, a door, a tomb, a growing tree … Our goal was to find the identity of the podcast, to give it a signature of its own. We wanted to create an interchangeable space, each element can be replaced and/or modified for future editions.

History is full of extraordinary men and women, of insane destinies and above all of mysteries… Laure, the lady of the Odysseys and her lifelong accomplice, Jimmy, the waiter of the “Happy Nouilles” restaurant, lead the investigation! Who is Jeanne Barret, the first woman to travel around the world? How did Howard Carter discover the tomb of Tutankhamen? Will the three astronauts of the Apollo 13 mission manage to return to earth?
From Antiquity to today, embark on three crazy adventures, which will take you from Brazil to Tahiti, passing by Houston, the moon, Egypt and the dangerous Strait of Magellan. On the seas, under the earth and in space, Laure and Jimmy do not shy away from any danger … Welcome to the Odyssey office, the secret office where all the mysteries of History find their resolution.
about the show 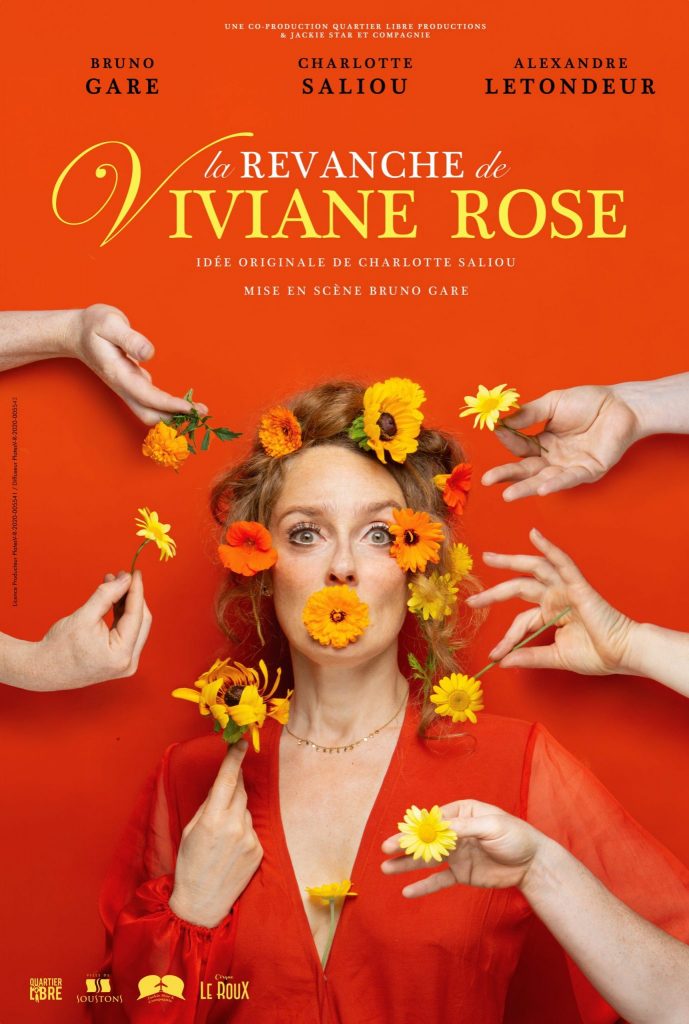 The Revenge of Viviane Rose

Viviane Rose, dressed in blue satin, with shaggy hair and a cigarette in her mouth, starts her 4th whisky of the morning… Viviane is an opera singer. Well, was… Because after her last scandal at La Scala, in 1965, where she slapped, bit and pushed her partner, the famous tenor Tito Ruggiero, into the audience, she was ejected from the scene and shot down by the press. Since then Viviane does not sing anymore. The financial difficulties accumulate.
It is almost 11 o’clock this morning when Georges, her butler, brings her coffee, her pills and her buttered bread on both sides in the small salon. It is at this moment that everything changes. A small bird on the windowsill starts to sing. Viviane, between two clears of throat, gathers some vocalizations. Miracle! Georges has the idea to put her back on stage by any means necessary to replenish the coffers. Noël, Viviane’s son and a soldier, arrives unexpectedly. Georges, hiding guilty secrets, finds himself with his back to the wall, and, unable to confess his money problems, makes him believe that his mother is ill… This is the beginning of a gigantic imbroglio, which will go from lies to misunderstandings, from kidnapping to disguise, from pretence to stunts, but until where? Whatever happens, Viviane must sing again!
about the show
Privacy Settings
We use cookies to enhance your experience while using our website. If you are using our Services via a browser you can restrict, block or remove cookies through your web browser settings. We also use content and scripts from third parties that may use tracking technologies. You can selectively provide your consent below to allow such third party embeds. For complete information about the cookies we use, data we collect and how we process them, please check our Privacy Policy
Youtube
Consent to display content from Youtube
Vimeo
Consent to display content from Vimeo
Google Maps
Consent to display content from Google
Save